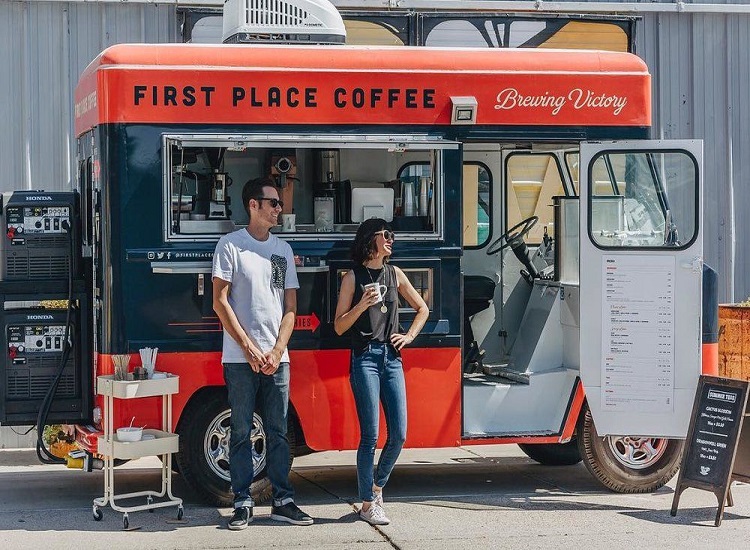 Food Trucks rolled onto the scene within the last decade, starting in California, and soon found homes in nearly every metropolitan area. So what is behind this mobile meal phenomenon?

The Intuit study looked at stats behind this industry and revealed a booming business model projected to generate about $2.7 billion in revenue, four times more than the estimated revenue of $650 million.

This revenue is undoubtedly helped by the fact that takes around $55,000 to $75,000 to start up a food truck versus $250,000 to $500,000 for a brick-and-mortar restaurant. Intuit’s report also explains that food trucks get to market more quickly and have much lower operating costs than traditional restaurants.

We’d be remiss not to mention recent thinking from the Tampa Bay Times that reports the industry is experiencing some fatigue due to government regulations, over-saturation, and increasing customer sophistication.  The article says that Craigslist.com has listed 21 used food trucks for sale in the Tampa Bay area since June 2, as of July 29, indicating the honeymoon period may be over.)

Despite the naysayers, the growth mentioned above can also be attributed to the unique market niche these mobile restaurateurs fill. Intuit’s study revealed the five main reasons consumers frequent food trucks: a hunger for quality, value, & speed, an appetite for fresh and local food, a desire for small and sustainable, a need for speed, an affinity for local.

Food Trucks offer the speed and value of fast food, but often at a much higher quality and in a unique and fun way. Consumers (or “truckles” as coined at the Food & Wine Conference) are also enjoying the fact that, for the most part, food trucks are closely tied to their city. Many source their meals from locally grown or produced food.

Food trucks have also become masters of social media, having learned how to use the medium to not only engage their customers but also as a way to let their customers know where to find them. Twitter has become especially important as a way to instantly communicate where a truck will be and when.

Evidence of their popularity in the Tampa Bay area can be seen in the upcoming Food Truck Rally being held on August 31 at the Florida State Fairgrounds.

The goal is to break the Guinness World Record for most food trucks gathered in one place, currently set at 62 in Miami the upcoming Tampa Food Truck Rally, is being planned by Skypunch Entertainment, which consists of Jeremy Gomez, of Generation Food Truck in Tampa, Michael Lynch of the mobile site Truckspotting.com, and Tampa blogger Carlos Hernandez of CarlosEats.com.

With a goal of more than 100 trucks and projected attendance possibly topping 10,000 people, Tampa looks like a shoo-in for the new record holder….at least until another city attempts to break the record.

Tampa is among the hundreds of cities embracing this trend. Mayor Bob Buckhorn even holds the Mayor’s Food Truck Fiesta on the first Wednesday of the month.

In an interview with the Tampa Bay Times, Mayor Buckhorn explains, “It’s been a pure joy to watch their growth as a result of the city of Tampa’s willingness to embrace them, honor them and celebrate them.” From Wicked Witches to PAO Truck to Mobile Munchies, food trucks may just be a great small business model that’s here to stay in Tampa.

Do on the Web Stuffing Envelopes Businesses Nevertheless Exist

Do on the Web Stuffing Envelopes Businesses Nevertheless Exist

Why Hard Work Doesn’t Lead You to Success in Business

When Outsourcing Services Pays in Your Business